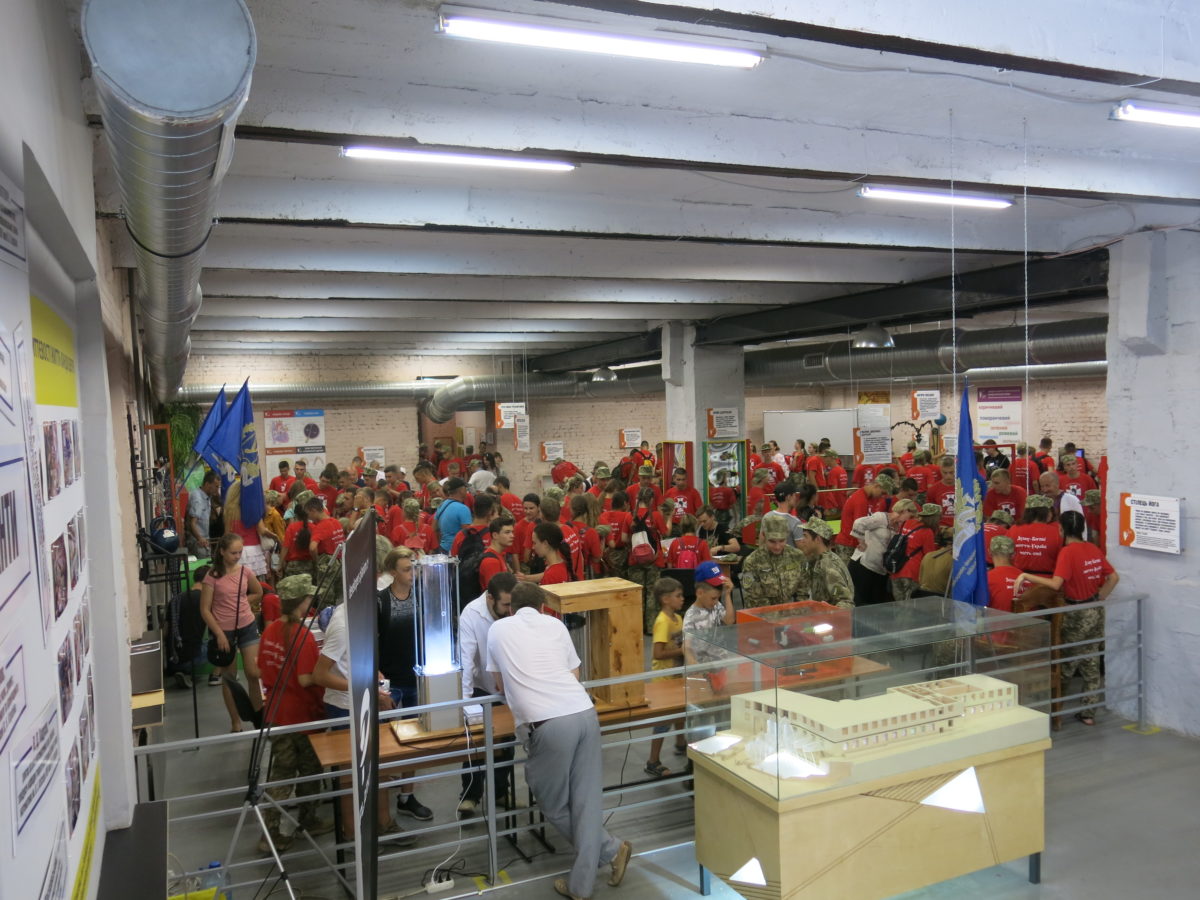 August 14, 2017 for the participants of the All-Ukrainian game “Sokol” (“Jura”), the QuadroSun development team presented a number of exhibits: a striped mirror, the method of encryption of Leonardo da Vinci, optical infinity, an exhibit with tying laces pliers, controlled tornadoes, submarine diving, sound pipes , a secret bio laboratory, as well as one of the most amazing and most expensive exhibits of a traveling exhibition – an interactive sandbox.

The park of scientific exhibits was renewed at the expense benefactors
Since September, these installations will begin to travel around Ukraine.